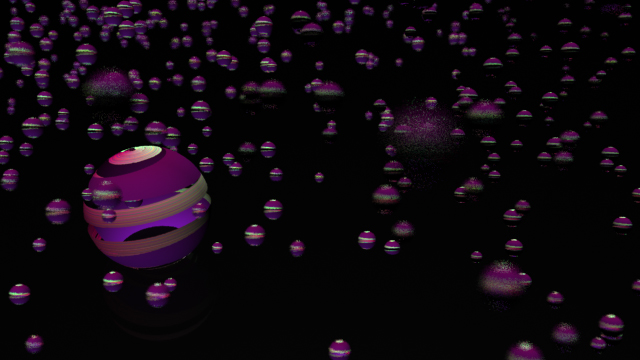 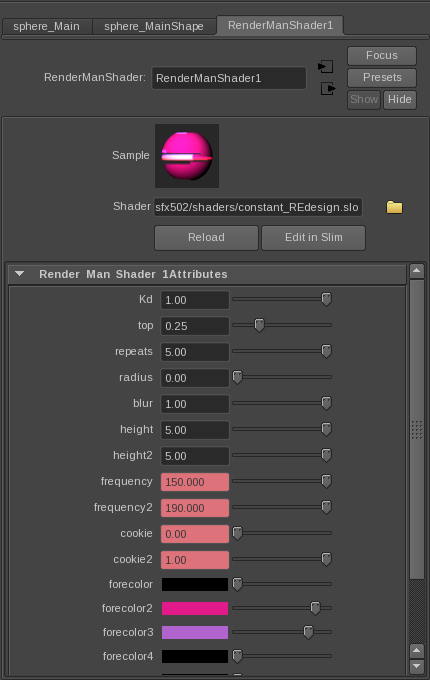 The custom shader, as its loaded into the Slim Shading network in Maya. This image shows the shader in Maya’s Attribute Editor, and the attributes such as the “Kd”, “height”, “height2”, and “cookie” can be adjusted and keyframed as shown. 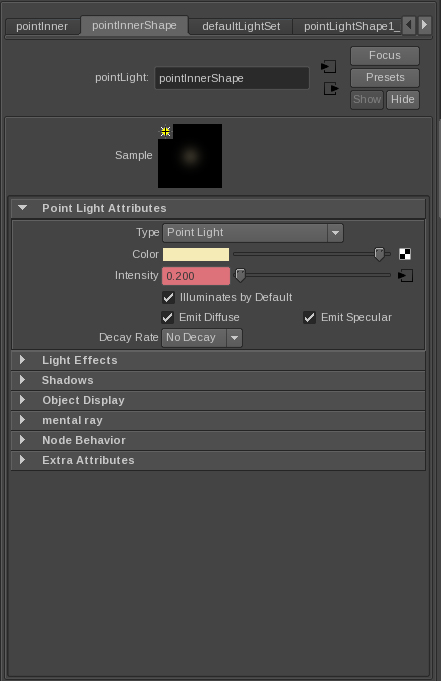 Here is an example of one of the lights in Maya; the red highlight in the Intensity box indicates that the attribute has been keyed, which is also true of the red boxes in the Custom Shader Attribute box, shown above.

This project was significant for me because it was the first project where I created an animation in Maya, learning to use keyframes and understanding the breadth of attributes that are keyable in Maya, and the first instance where I used particles. With the exception of the main sphere, everything else that appears in the scene is a particle. I learned to create particles and manipulate their sizes and the rate at which they are emitted, in addition to learning how to create a collision between two objects. After diving into the concept of particles, I simply applied the same shader to the sets of particles so that everything would match and be in unison.
I also learned a lot about animation and timing with this project. I spend many days animating earlier concepts and ideas for this project, only to learn through trial and error that things did not appear the way I imagined they would when animated. I also learned about keyframes and how to use the timing of keyframing to achieve the look I want. This project helped me progress as an artist and a student, and I’m excited at the prospect of what I can create with the programming and animation skills I have acquired on this project. I also look forward to using particles and collision effects more in the future.